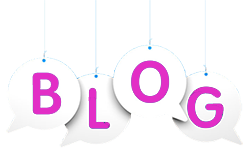 Are you a Quantum or Newtonian Career Woman?
Lose your mind and create a new one.

Let us begin this Confidence Building blog with a question which shines a light on how you approach your career. Imagine you are 35 years of age,….which are you, a Quantum woman or a  Newtonian Woman?”

What an intriguing question.  I know you are asking, “what is she on about, what is the relevance to progressing my career?” This question is fundemental to the way we all think about our career, it lies at the essence of who we are. Put another way, is your career direction led by feelings of fear or by hope, do you know?

I’ll hold you in suspense no longer.  The basic difference between the two is best put this way, a Newtonian woman waits for career events to happen at a physical, atomic level, rather like Newton himself, who had to wait to be struck on the head by an apple to discover that gravity existed. A Quantum woman use the sub-atomic science developed by Einstein and Plank to cause an effect in her career, rather like top athletes mentally rehearsing their performance, in advance of an event.  The Newtonian thought process is reactive, the Quantum process is pro-active.

Hopefully, you’ve got the difference now and want to know more.

At the age of 35years, or perhaps sooner, your personality has been formed, which in turn informs your predictable reality.  If you are like most people living in the 21st century, your life may have become highly predictable, unknowingly you have become trapped in a sub conscious routine, dictated by external circumstances.  It maybe a good routine which serves you well, my experience is that many career women are trapped in a routine which limits them, holding back their potential.

Most people typically live a life which is reactive, based on fear. I expect you’re feeling repulsed by that thought, you’re asking, who lives a life in fear?  Well, its most people, they just no longer recognise it, because it’s become their normal sub conscious state of being;…is that you?   Let me give you a contemporary example using the pandemic.  Do you spend your time thinking about the illusionary consequences of COVID, or do you see them as temporary, that human endeavour always overcomes adversity like this. If your thought is rooted in the illusionary consequences, then you’re operating off a foundation of fear, you’ll feel constricted, limited in your career prospects.  If you fall into the latter, then your foundation is built on hope, your future and that of society will be forever creating opportunity for growth.  I hope that helps your understanding.

So now, stop for a moment and gently ask yourself two questions? Dig deep to inquire and find your reality:

What is your state of being now? and

What do you want it to be?

This is the bit I love to discuss with clients, because this is the point I get to bring people to the reality of their personality, from which sustainable transformation begins. Fear of career progression transforms to hope, built off an exciting vision; a new reality.

Unequivocally, neuroscience tells us that thought alone can trigger a person to begin transformation.  It is proven beyond doubt.  There are three studies I quote regularly to prove the power of thought. The first involves people learning to play the piano, the second involves people learning to shoot baskets, for a basketball game. The third is incredible, it looks at building strength through weight lifting.

Let’s look a little closer at the study into learning to play the piano to illustrate the power of thought and feelings in stimulating transformation:

Three groups were formed, all novices, asked to learn a basic set of chords over a two week period.  Group one practiced on a keyboard, 2hrs per day, group two just mentally rehearsed the chords 2hrs per day, group three was a control group, they were left to practice as they pleased.  At the end of the period groups one and two demonstrated similar levels of learning and development, group 3 didn’t show any signs of development.  Neural activity of groups one and two measured pre and post rehearsal was similar, showing that mental rehearsal delivers similar outcomes to that done physically.

Similar results were recorded with groups learning to shoot baskets. A study has also been done on lifting weights.  Incredibly, with this experiment people mentally rehearsing, built physical strength similar to the group actually lifting weight.  What happened here, well, the mind was stimulating cellular activity and up regulating proteins to build muscle strength.

Doubt no longer about the power of imagination and visioning, instead think and feel where sustained visioning might take your career! Think about out it in a similar way to how you think and feel after you’ve booked that fabulous holiday you’ve previously just thought about.  When you know details of that holiday, do you find the state of your mind and body transform, to a state where you feel you are experiencing the holiday now.

Here’s the thing, the secret to successful visioning, to becoming a Quantum woman, involves more than psychological thought, it involves visceral feeling too.  Just thinking positively doesn’t work, otherwise we’d all be living a joyous life. You need to feel as if you’re existing in your new career for a transformation to happen.

Contemporary data across the globe shows that Quantum women are demonstrating incredible ability and results in Governmental leadership; Industrial leadership; business Start-ups and academic STEM subjects.  This is a 21st century reality, this is the power that forward looking business leaders are embracing to make stepped change in business performance.

Wait no longer, you have the tools and equipment already installed in your physiology to be a Quantum woman, all that is needed is a thought to begin transforming your career now.

References:
Breaking the Habit of Being Yourself: Dr Joe Dispenza.

The right conditions for learning and transformation occur when the internal environment, the emotional and internal states, are ready to engage.

Why in my coaching practice do I invest in my clients mental and emotional health?It is because they provide the foundation off which learning, change or transformation happens.

Memory of Future Greater than Memory of the Past?

In my Confidence Builder blog I ask the question, ”At 35 years of age,….which are you, a Newtonian or a Quantum Woman?” Let’s look at this question from the perspective in your mind and body.

To help women make change in their professional and social lives, there are many published analytical tools and techniques available to them, but few deliver the deep and enduring change women crave. Many coaches offer false hope, they promote positive thinking as the elixir to success, but that’s just misleading.  Positive thinking can’t work physiologically, the size of the conscious mind is too small to provide the will power needed to sustain positive thought. This is very important to understand.

My approach to helping clients transform their professional life, is to give them an understanding of how the mind works, so when they begin their transformation journey they know what they are doing psychologically and physiologically.

Successful transformation is borne from metacognition. That means having a curiosity and understanding of what’s happening in your internal environment. This approach is called, Dependent Origination.  It is used extensively and proven by Professor Judson Brewer in his ground breaking work on addiction, done at Brown University, Rhodes Island, USA.

Come the age of 35 years, neurological science tells us that 95% of our typical day follows the experience set by the sub-conscious mind the previous day.  Your body is your sub-conscious mind, it’s a combination of your thoughts and emotions which prevail over conscious thought alone. Your sub conscious mind is a library of images and symbols, developed over a lifetime which limit your awareness and steer you along a regular path, where your familiar past becomes your predictable future.

If you want to shift from a predictable future, to one which is free of your history and geared to your vision of success, you can.  You create a memory of the future which is stronger than the memory of the past.

Freeing yourself from the limitations of your past is all about how your sub-conscious mind was programmed, how it limits your outlook and causes you to seek environments and circumstances which reaffirm who you are.  Just think about people you know, who are 35yrs old, you will probably define them by their familiar personality;…which is the same, each and every day.  You are describing their subconscious mind, their internal programming, their ego.

So, how does your mind and body distinguish between Newtonian and Quantum women, lets see:

A Newtonian women predicts her future based upon her now familiar biology. She has become biologically comfortable with the way things are, her body craves familiarity.  She waits for change to arrive and does little to attract it. Put in terms of Newton’s first law of motion: “ Her body continues in its state of rest, or in uniform motion in a straight line, unless acted upon by a force.” For the Newtonian women, that force comes externally, to cause an effect.

With this understanding women are better equipped than most to cause an effect to their career.

Reference: “Breaking the Habit of Being Yourself,” Dr Joe Dispenza